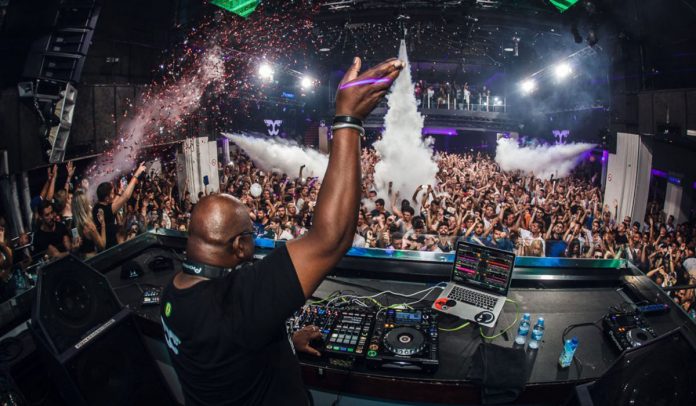 For any summer club seeker, Ibiza is at the very top of their annual music pilgrimage plans. Sadly, you can’t witness everything.

Here’s a look at eight of the best Ibiza sets, archived forever in YouTube history.

As the foamy waves slammed against the jagged rocks at shore level, a big beefy stud was doing some slamming of his own at a private Mediterranean residence. Right, that’s enough.

Carl Cox’s Ibiza Boiler Room really is a sexy as it gets. Moving through old classics and re-polished groove-filled techno numbers, the former Space resident condenses all that Ibiza is about in just over 40-minutes. Packed full of variety and velocity, Coxy gives us the goods in this iconic Boiler Room stunner.

Solomun and Ibiza is like Solomun and after-parties. It just works. Despite only penetrating the island’s rich music scene in 2011 with his Diynamic posse, the Hamburg based DJ and producer has selected his way to the very top of the pile.

His +Live residency at Pacha-owned Destino was a true display of Balearic clubbing brilliance. As day turns to night, Solomun takes this enchanting open-air venue to another dimension. His spellbinding selections and an under-the-stars atmosphere creates real viewing magic. There’s also a part two, btw.

The 2000s were a modern golden age for Ibiza clubbing. From Space’s open-roofed afters to Amnesia’s monumental closing carry-ons. For many dancefloor veterans, this time was about as good as it gets.

Forever etched in Ibiza closing party stone is this Richie Hawtin and Marco Carola back-to-back on the hallowed Amnesia terrace. We are so lucky that DTTV captured this iconic piece of footage. Yes, the footage isn’t the 4K we’re used to now, but that’s what gives it its charm. If you haven’t seen already, enjoy.

David Morales is a house music legend. No doubt about it. The Brooklyn-born spinner has been soulfully gifting us with that special spirited sound New York is known for.

Here, his record collection makes the trip across the pond and into a classic Balearic sunset on the Mediterranean. May Morales continue blessing our island with substance and soul for as long as music continues. Icon.

Here’s a classic. Mark Knight is a veteran of the scene. Having played all over the island, the Toolroom boss recently held down a popular label residency at Eden. But before then, Knight was spinnin’ his funk-filled techno-house style on the Space terrace.

Having racked-up over a million views, this set goes down in the hall of fame for sure. Although we only get just under an hour, Mark Knight takes no time in bringing the goodness. All killer, no filler.

Boiler Room line-ups don’t get much bigger than this. Jackmaster, Eats Everything, Seth Troxler and Skream all havin’ it large like K&P in Ibiza for almost four hours.

We’ve not seen much J.E.S.u.S action in recent time, but just like its namesake: it will rise again. Believe.

Name a place more symbolic to Ibiza than the mystical isle of Es Vedrà. Its magnetic power may be overstated, but there’s a reason we can’t keep away from Ibiza for too long – so there must be something, right?

In this scenic bit of Ibiza history, Giorgia Angiuli provides a wonderful live set, sock puppet in-hand. On this occasion, the music definitely matches the view. Listen AND watch. Magic.

It’s hard to put into words just how phenomenal this set is. After over two decades at the famous historical club, Carl Cox gave everything he had at his final Space Ibiza residency closing party.

Sit back and enjoy a tasty slice of clubbing history, as Coxy solely takes the reins of a packed-out dancefloor. Get the tissues ready for that penultimate Joe Smooth selection. What a way to cap one of the island’s best residencies.

What’s your favourite DJ set, either online or in memory? Let us know over on Facebook or Instagram below.

Instagram Is a Toxic Culture Dance Music Needs To Counter

The Best Bad Dance Music Films Of All Time

Instagram Is a Toxic Culture Dance Music Needs To Counter